Holmethorpe Sandpits - Med on The Mere!

The Ornithological gods had me subconsciously transfixed with a visit to Holmethorpe Sandpits a venue I have not traversed in 2020! I was not up and out too early after a late finish last night and sauntered down to a site which I see having many similarities to what Beddington Farm could look like in a few years time.


I planned on a three stop strategy so that I could cover the site. This plan went out the window when I negotiated the thick swamp of a path which leads to Mercers West and then Spynes Mere. There was no point returning to the car caked in mud so I walked the whole site returning via the swamp!


I have noticed that Mediterranean Gulls have been randomly turning up in parks and other such places in the SVC17 area. A bird had been seen by one of the regular Farm path watchers but had not graced us (Pete and I) with its presence despite inner and outer sanctum visits. 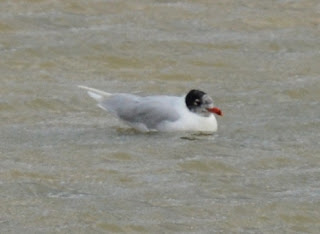 Without much effort I started looking through a gathering of Black Headed, Herring and a couple of Lesser Black Backed Gulls on Spynes Mere and bingo adult Mediterranean Gull without a full summer hood honed into view! 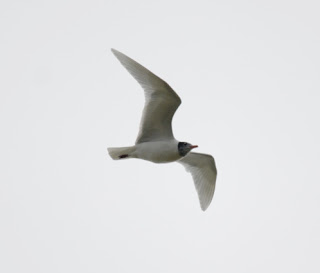 After a few pictures I contacted Holmethorpe patch legend Gordon Hay to inform him of my find. The bird remained on the lake for around 20minutes before heading over the causeway towards Mercers West. 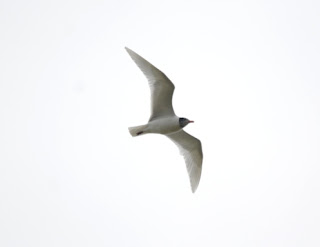 I heard from Gordon mid afternoon who stated the bird was back on Spynes Mere and had a ring on it. Interesting! Gordon has sent me a couple of pictures (below) and the ring is obvious and is of Dutch origin! 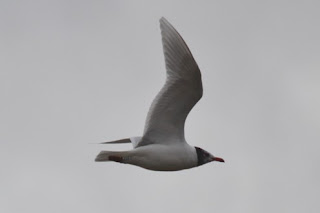 I recorded fifty two species including 839 Black Headed Gull, 143 Herring Gull, 18 Lesser Black Backed Gull, 9 Common Gull, and a Greater Black Backed Gull! I am not sure I have seen this many gulls here before but the landfill is still in operation and perhaps this is part of the natural dispersal of gulls that used to congregate some 20,000 in the winter at the Farm!
I have also been persuaded to use ebird again so my full list will be on their along with Birdtrack and Wildlife Recorder. The site is actually an all singing and dancing search engine which can be easily looked at for recent sightings at any site. The county boundaries are not set to the Watsonian recording areas but it does not take long to navigate the information you are after with photos attached! A phone app allows instant data entry as well. One step at a time!


The days of website recent sightings pages may become a thing of the past!
Posted by Kojak at 11:07 No comments: