I returned to the Wandle Trail yesterday starting at Carshalton Ponds and finishing along the permissible footpath at Beddington Farm. It was a nice crisp sunny day therefore I could travel reasonably light without my PPE equipment.


Carshalton Ponds was surprisingly devoid of gulls until the bread brigade turned up to feed the ducks. This is a time stamped tradition in which I took part in as a child but despite notices indicating that bread is considered harmful to the birds (it expands in the stomach and has no nutritional value) the feeding continued by young and old! 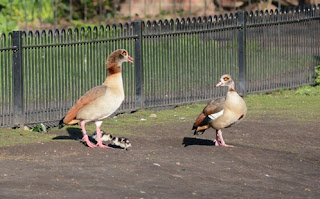 A pair of Egyptian Geese had obviously read the script. They were very vocal in keeping their goslings away from the meal that was being offered! Pete and I saw a Little grebe chick a couple of weeks earlier and I was just as surprised to see two goslings. I overheard locals saying there were eight earlier on in the week! Amazing for February! 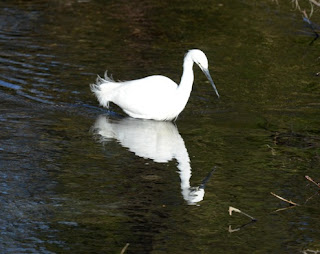 As I made my way down the trail I was fortunate to sneak up on a Little Egret that was feeding in what is a regular haunt for it by the bridge opposite the entrance to Beddington Park. 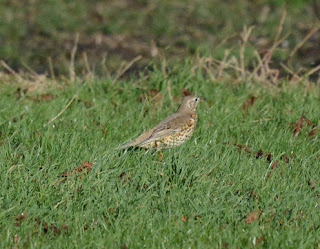 The park was fairly quiet with a lone Mistle Thrush feeding on the sodden ground close to the football pitches. I had a wander around the park looking for owl pellets and any signs of Lesser Spotted Woodpecker before crossing the great divide (the kissing gate) into Beddington Farm.


The task I had set for myself here was to sift through the gulls in the hope that the adult Iceland Gull that was reported at Rainham RSPB the day before might wend its way onto the farm. It is also likely to be the bird that had been frequenting the London Wetland Centre at the weekends. 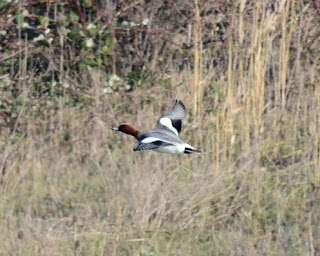 
Detailed sightings are on Birdtrack under the respective headings. 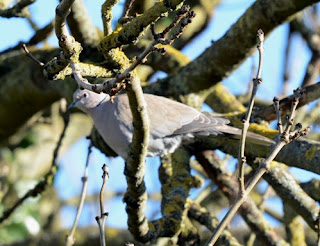 The outing was overall very pleasant but with no great revelations to report despite a thorough gull watch. But that is how birding pans out sometimes and what gives me that rush when something good does turn up!
Posted by Kojak at 04:08