Today was almost classic Beddington Farm weather and by that I mean NE/E wind without the low cloud and drizzle. The opportunity was not to be missed therefore I trudged onto the Inner sanctum at reasonable o clock! 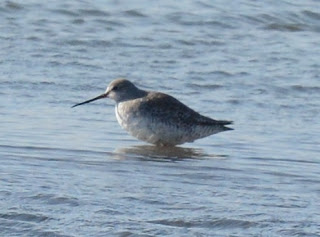 Nick Gardner had beaten me by around twenty minutes and had already bagged the Spotted Redshank on the North Lake. He then went off to look for the Twite leaving me on guard over the Lake. 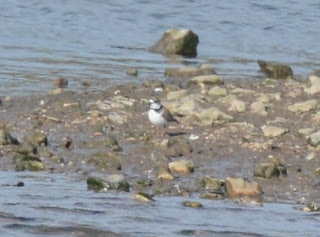 Whilst scanning the islands I picked up a Little Ringed Plover which was the first of the year at the Farm. The bird was evading the attentions of a nearby coot but remained on the island so that I could get some fuzzy pictures. 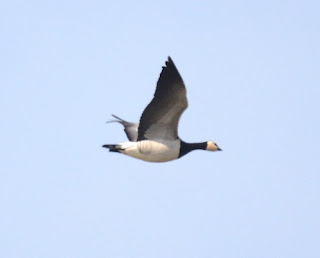 Next up was a Barnacle Goose which flew high over the lake heading North. The bird circled over the proposed area of wet grassland and was clearly looking to set down in what was turning out to be a fierce wind. This species is considered a category d species with the majority of birds in the south eminating from feral populations! This was a time for celebration as amazingly enough this was a Beddington tick for me edging me that bit closer to the two hundred species mark! 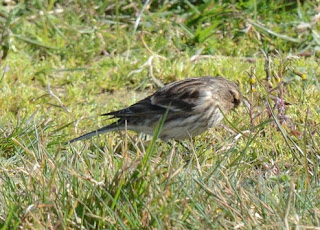 I caught up with Nick and the Barnie on the south lake and the former and I wen’t back to the area where the Twite are frequenting. Sure enough after a short time the birds were heard and then pitched up by the pipes to feed! 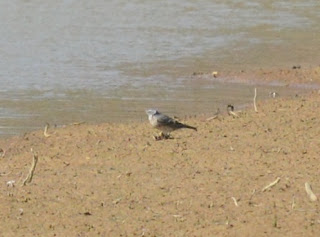 A good choice of venue for this morning’s outing but the Farm is a must during this sort of weather! Woo Hoo!
Posted by Kojak at 06:19