Beddington Farmlands - Turned out All Twite!

I joined forces with Peter Alfrey this morning and a blitz on Beddington Farmlands was the order of the day. The day progressed with a group of migrating Common Gull on the North Lake and a movement of Meadow Pipit in a general NW direction. We managed to dodge a Wheatear on the NE corner of the lake. 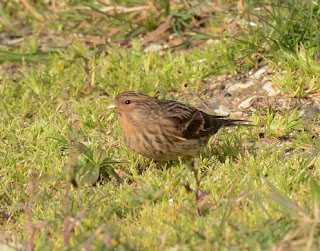 We were returning to look for the Wheatear when Pinpoint noticed two birds on top of the mound feeding by some piping on the E side of the North Lake. “Koje don’t move” I froze and looked at the birds crickey two dark heavily striped passerines with yellow bills. The silence was broken by the rattle of cameras shutters and after a burst of action the Twite was documented! 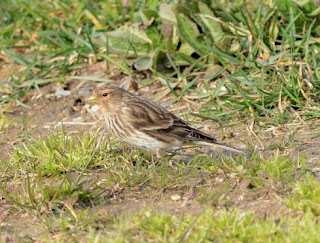 One bird was considerably darker than the other both showing varying amounts of the pink rump as they flicked their wings. Both continued feeding at close quarters to us seemingly untroubled by our presence. Wow these moments were truly amazing!


A couple of Sand Martin passed overhead during our vigil. Pete circulated the news but due to their location there was little chance of the birds being twitched. 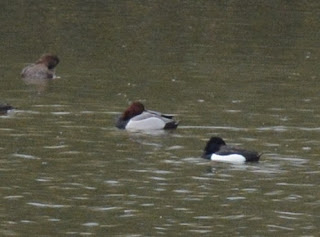 A hybrid Pochard x Tufted Duck(?)was seen on the North Lake earlier in the day. 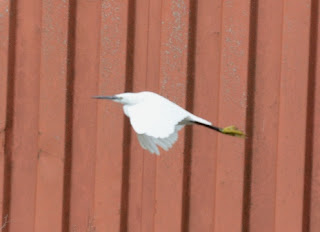 A Little egret was seen in the channel between the North Lake and proposed area of wet grassland. 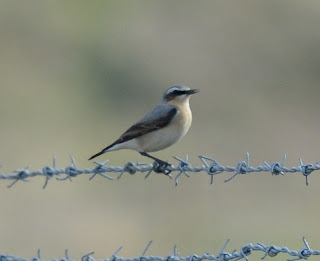 The Wheatear was eventually found which was good timing, as I had to leave Pete who was clearly up for finding more migrants. 58 species were recorded during the four mile and six hour session.
ebird list
Posted by Kojak at 10:53