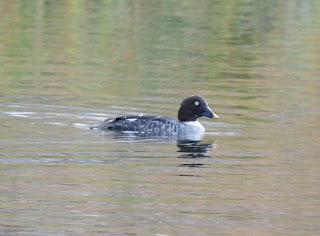 The London Wetland Centre has hosted a female Goldeneye of late. This was a species I missed during my last visit. It was looking like a repeat was on the cards until someone in the Peacock hide announced the bird was on the Sheltered Lagoon. This incidentally was a first for me at the LWC advancing my life total to 101 species. 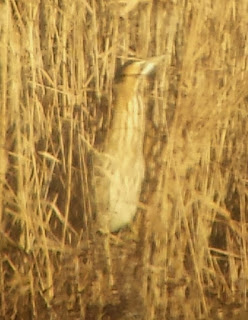 The day was slightly chilly with sunny spells developing into an almost cloudless sky as the afternoon wore on. The Bittern took very little time to show themselves basking in the sun on the edges of the reedbeds. The first I saw from the Dulverton hide and later a second bird showed on the far bank to the lagoon near the Wildside Hide. The LWC vast areas of reed-beds hold varying numbers of this species in winter. The can be difficult to see on occasions. 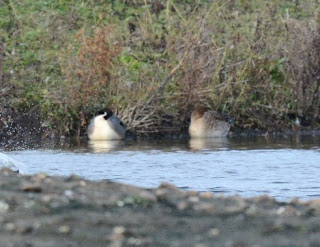 A pair of Pintail was noted resting on the water’s edge to one of the islands. Ducks were well represented with Pochard, Wigeon, Shoveler, Teal, Gadwall and Mallard.


A Water Rail made brief appearances along the reeds on the Main Lake in front of the Peacock Hide. Jack and Common Snipe were on the Grazing Marsh. The water levels have subsided but there are still plenty of flooded areas. A Water Pipit was also seen in this area by other visitors. 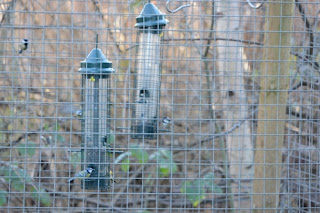 I bumped into Prof the finder of the Cattle Egret at Beddington Farm and we caught up with news neither of us having visited our old stomping ground for some time. We last met at Tice’s Meadow which had me wondering where we would randomly meet again. A trip to the feeders on the way back to the car produced a Coal Tit (green feeder on right) amongst the regular Tits and passerines.


Forty six species logged without a visit to Wildside with some interesting winter species seen!
Posted by Kojak at 08:47