I purchased a copy of the River Wandle Companion and Wandle Trail Guide by Bob Steel with Derek Coleman a few years ago. I have thumbed through the 235 pages several times since making vague plans to cover the various sections outlined in the book to record the bird life along the way. This morning I put these thoughts into action and walked the trail from Carshalton Ponds to Wilderness Island.  Early afternoon would then be spent further along the Wandle Trail in Beddington Park before meeting up with Peter Alfrey to cover the trail and path that runs south to north from the park through Beddington Farm to Mitcham Golf Course. The path gives good views of the west side of the Farmlands and has three public hides that now overlook the lakes and the wet grassland area. The latter is more like a shallow lagoon at the moment but holds numerous wildfowl and gulls.


The hides are situated off the main path and afford good coverage of the three areas. If you plan on visiting for any length of time bring a fold up seat with you as there are now two levels to view from. I was a keyholder for fifteen years and was getting my ear regularly bent about lack of access to the site but now there is no excuse for not visiting. The only issue now is to correlate sightings information from inside the fence to the hides and vice versa!


The walk from Carshalton Ponds to Wilderness Island produced 26 species including Egyptian Goose. The paths around both were well maintained with plenty of trees and scrub to hold passerines.

In Beddington Park I recorded a gaggle of 23 Egyptian Goose. I am not sure I ever saw that many together during my time spent in Southern Africa. 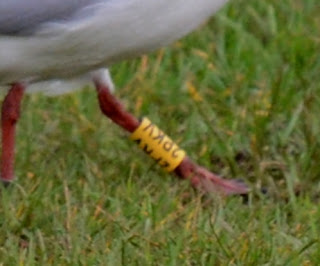 A few Black Headed Gulls were stomping for worms on one of the football pitches one bearing a yellow ring with black 2PKV on its leg. Thank you to Paul Roper of North Thames Gull Group for providing the silver ring number and the history for this bird link below.
http://www.ntgg.org.uk/cgi-bin/map.cgi?p=recmap&t=r&r=EZ13495 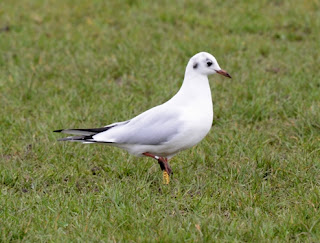 I recorded 21 species in just over an hour before heading off to The Observatory (Pete’s flat) before completing a tour of the path.

The gulls were given a thorough bashing without any Med, Caspian or Yellow-Legged noted. I was impressed with the views from the hides and the lack of effort required traversing the permissible footpath unlike the bog of the inner sanctum. I recorded 34 species from the hides and along the path. 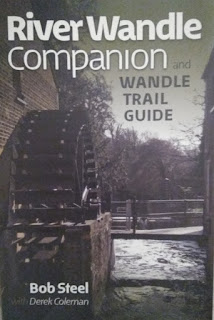 Not a bad day with some new areas visited narrated in the book (cover above).
Posted by Kojak at 12:50